I just finished the Warlord Games "boxed" army of Imperial Romans.  They are listed as follows:

These guys were a hell of a lot to paint, the not so fun part was basing the entire army at once!  I officially HATE BASING FIGURES!!!!!!!!!!!!!!!!  Anyway I have these guys painted for like about a week now but the basing was killing me.  I finally forced myself to get the done to post.  I do not know how many points this is for Hail Caesar as I don't have the army list book but for Clash of Empires I have the list posted in either the main rule book or the web, either way these guys kitted out to the max come out to about 4220pts. 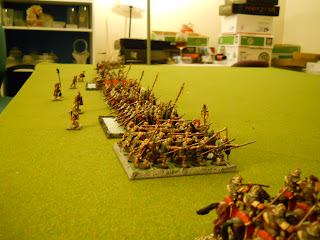 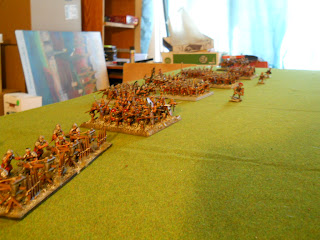 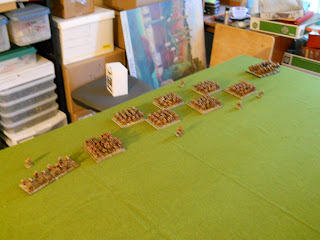 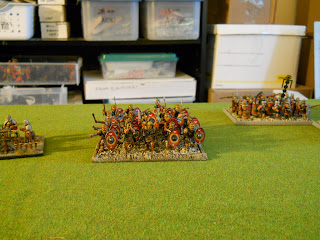 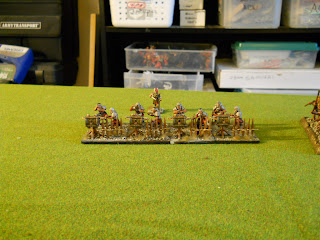 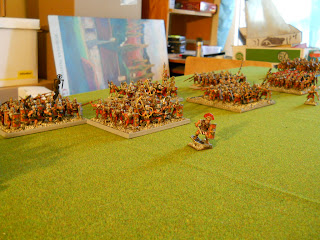 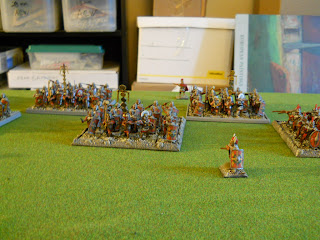 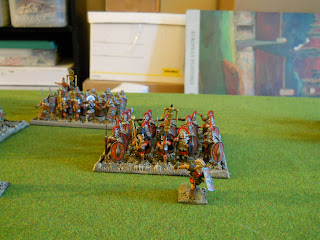 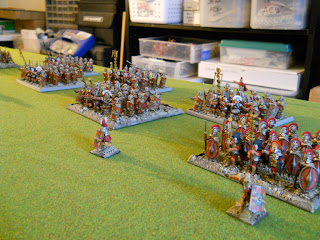 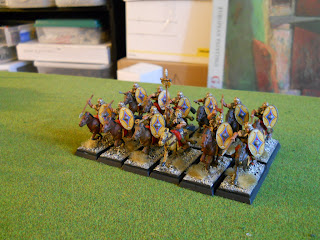 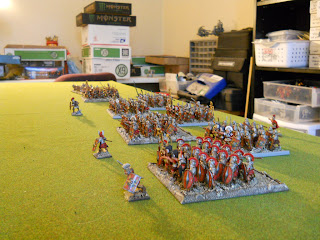 I am now waiting for the last bits from a trade I did some time ago to arrive.  Supposedly tomorrow arrives my Vikings, Saxons and Norman Knights.  As SAGA rules and associated dice are unobtainium, I will be using Skjaldborg Rules as they are what I could find on the web.   And hopefully my Celts/Gauls/Dacians will arrive at some point. Then I will be ready to go with either Hail Caesar or COE, but until I get the army lists book for Hail Caesar I will be using COE point values obviously...
Cheers...
Posted by RazorOne223 at 10:43