Time off from blog for the moment

Hello all, I just wanted to let you know I am "off blog" for a bit as I am doing a Large 40k Grey Knights army for my brother and also some of the "Old School" ACW commissions that I have posted here in the past.  I am not gone, just no time to paint my own stuff  which is what I generally post here.  When I have more time I will be back...

What kind of plane is this and what is so special about it?

Hey all, I have been trying to get pictures of this plane for months and finally got them today.  Here's the weird part, it is a Radial Engined plane from probably the 50's, it has an extended radome on the front and a pod underneath the right wing root.  It is painted U.S. Navy Haze grey both top and bottom.  My questions are why refit a Koren war era plane with the kit it has on it?  What could it's purpose be?  What kind of plane is it?  I flew in an armed services for my countries military and would like to think I have some knowledge of plane recognition and purpose but this one baffles me, it is NOT a DC-3, DC-6 etc...so pipe up you aviation experts and have a go.  And the last question is why in the hell would you fly this plane daily over the area in which I live?  It almost looks like a Vickers Valetta but the Valetta is too stubby looking to be that plane.

Without further a due here are the pictures. Click on the pictures to get the full size... 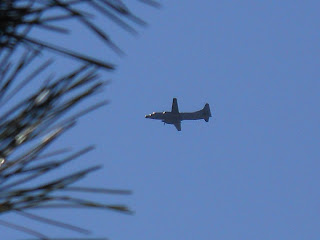 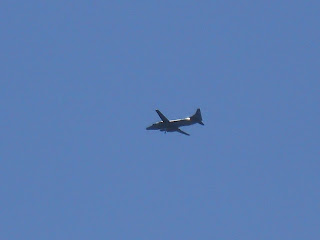 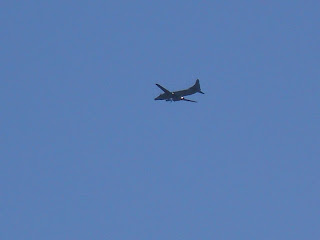 Also here is a P2 someone mentioned for comparison the P2 has a midline wing root whereas the plane above has a low mounted wing. Also the tail is not that of a P2, it is completely different.  While they did modify the nose to house the radar or surveillance package it is rather unheard of to modify a structural component such as the tail assembly.  To replace the radome is no big deal as it is just fiberglass. 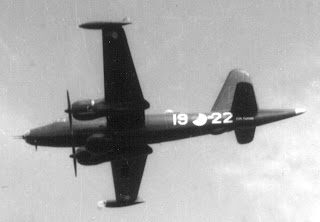 After further digging I found That the plane in question is a Convair Cv-600 It is a photo recon bird and its owner is restricted, it's purpose is LiDAR imaging among other things.
Okay so after figuring all this out, here is a bit of trivia, the first "Vomit Comet" NASA used to train the astronauts was the same type of aircraft as this one.  A Convair CV-600... Pretty cool.
Posted by RazorOne223 at 10:18 4 comments: