Okay next up is the Perry 28mm Plastic French Hussars, I painted them up to be the 5th.  I think the colors may be to light but I used they guy that does the "Over open sights" blog as my model and his appeared to be very light as well. These have been dipped in strong tone and then anti-shine sprayed.  Now to finish the rest of the unit.  I am basing all of my 28mm Napoleonics for General D' Brigade but these can also be used for other rules like Lasalle. 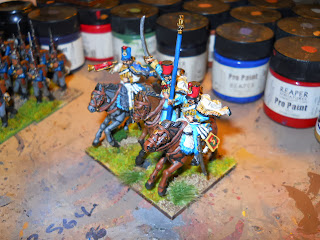 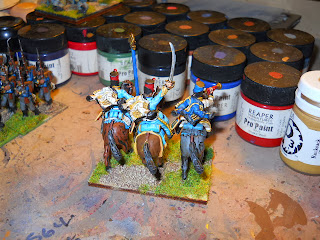 Here are 2 pts of Conquest games Norman Cav and Warlord that need to have base foliage added to them. I did not even notice it till I saw the photo's! dang age...lol  They are pretty nice figures and go together well.  I used kite shields on these as well as the infantry to give them a distinctly Norman appearance as opposed to having some round shields mixed in making them look somewhat Frankish. The shields are also hand painted... 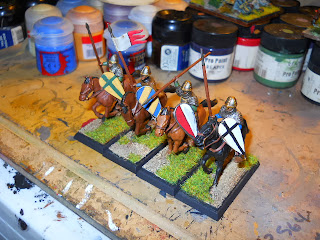 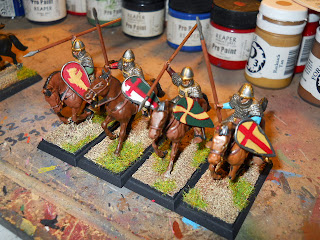 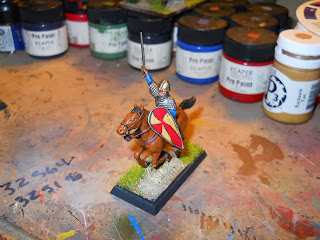 I had the conquest games plastic cavalry that will show up in a later blog post, well I wanted to get some infantry painted up for my 4 pt Norman warband for SAGA.  I have not been overly fond of wargames factory miniatures as they are done with CAD and just don't have the detail you get from other plastic miniatures makers, they are also very frail! the spears break off just taking them out of my GW carrying case with the Red foam inserts.  This has been very disappointing at best!  The spear while looking to scale are just WAY to thin and snap right where the spear and hand come together.  Anyway here are 2 units of 8 warriors each, I hand painted the shields on all my figures as I can't afford transfers presently. The skin areas need to be lightened as the dip appears to have washed out the detail I had done on the faces and hands.  Also need to touch up the edge of the bases with black and sorry for the mish mash of bases with some being hex, I am scrounging through my bits to get these based. 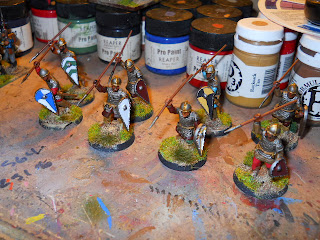 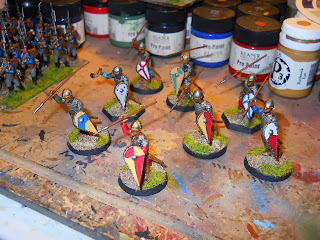 These are 28mm Perry Napoleonic Prussian Infantry, I got them last year before I stopped painting due to the numbness in my hands.  Anyway I lost the paper handout that had the painting diagrams and flags, for the life of me I can't find them and it is irritating at best!  I just dipped these and got them anti-shine sprayed, but they still need to be touched up perhaps.  I painted them up as the 1st Silesian Regiment along with associated Jaegers.   I will still need to dig up a flag and being of limited funds right now to buy a flag set is out of the question.  Here they are, I still do greatly prefer Metal miniatures over plastic, I like the weight and detail you get from metals. 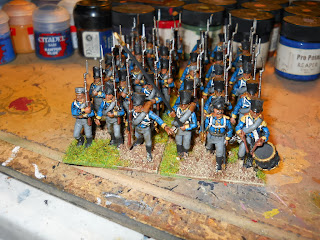 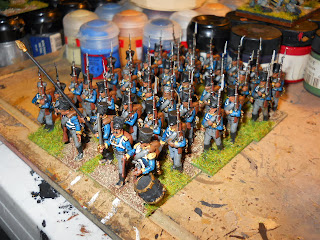 Damn I didn't paint the drum, what an idiot I am... 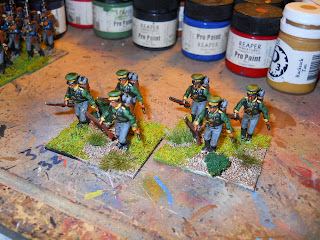 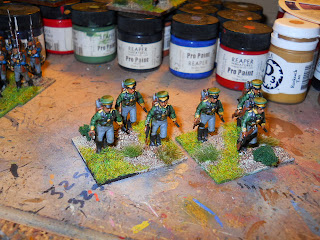 I am just starting to get into Bolt Action, and have both German and British Para's for my forces currently.  Here is the German MG42 Team from Warlord, they are cast very well and fit together perfectly!  My one and only complaint with Warlord games is that I wish they included bases with every box or blister they sell.  IN the states I can not get the round bases they use and have to settle for pilfering from my Napoleonic's Cavalry bases that I have.  So here are a couple of pictures... I still need to dip these I see...damn I thought I had them finished. 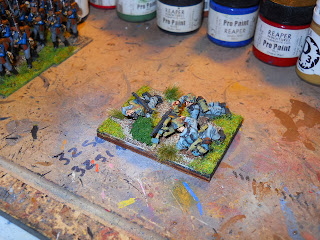 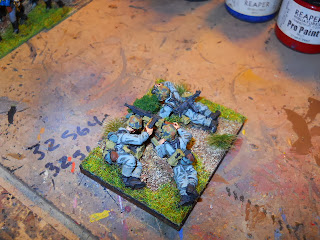 Warlord Games Bolt Action 28mm British Para's and list of other stuff that is done or working on that still needs pictures taken.

I tried to take some better pictures of these guys from several weeks ago, when I got back to trying to paint.  Sorry about the pictures, I really need some photography pointers.  Anyway I really, really enjoy the Bolt Action Medal figures but I am kinda a purist so to speak in that I greatly prefer metal of plastic figures.  So when I have more time and better light I will also take some pics of or stuff I have done. After looking at the pictures closer I need to hit them with a better coat of Army painter anti-shine to over come the shine from the Army Painter dip.

Also did up a unit of 36 Perry 28mm Prussian Infantry as well as the Jaegers that came with them. and also working on a set of Perry French 28mm 5th Hussars

But all those will be posted later.

So anyway here are the Para's 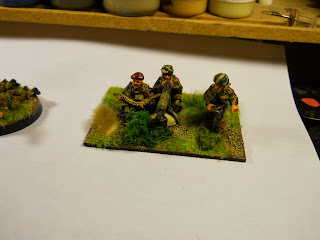 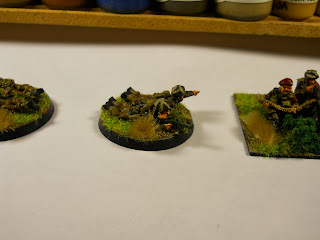 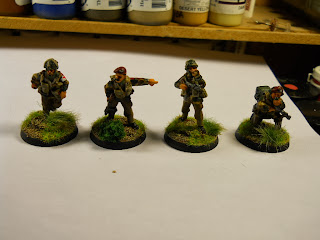 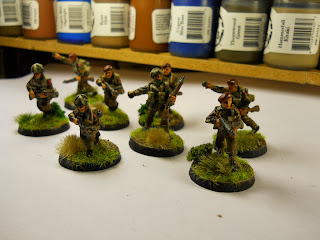 I am looking for a concensus of the Best Napoleonics rules set.

I have several Napoleonic's rules sets and am deciding which would be the best for me to "commit" and why.  Therefor here is the list I have to chose from, please keep your selections to those listed below, UNLESS you have an exceptional reason for a different set.

Could you please give your opinion for which of the above and what makes them the "best" in your opinion.  I have both 15mm and 28mm armies from several nations painted over the years to chose from to play them with.

Thank you very much in advance for your opinions and time.

Well finally got some pictures out of my camera and onto my PC.  These are Warlord Games British Para's that I have been working on for the last week or so. The castings are typical of Warlord games, very good! They also paint up nicely as well.  So anyway here are some pictures of them.  Also please remember I am having to paint with numb hands so they are not as good as other stuff you have seen on their blogs. I did my standard of late of painting up the base colors on the mini then dipping in Army Painter strong tone then after that drys using anti-shine and high lighting them. I hope you like them. 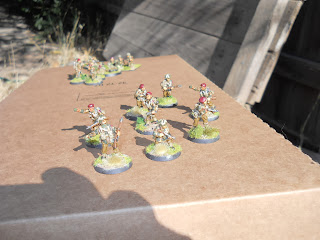 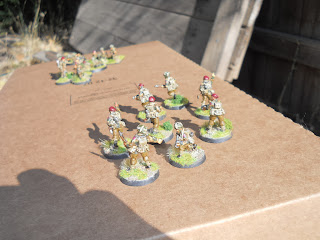 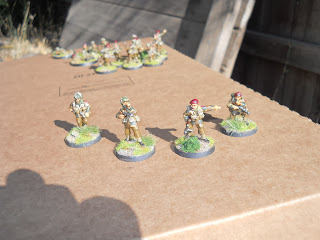 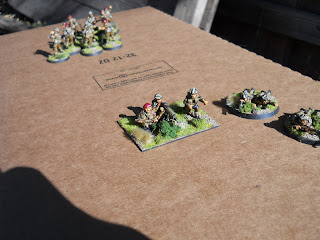